The Structural Capital team has vast investment, operating and entrepreneurial experience from a combined 80+ years of experience in the technology and technology-enabled industries. 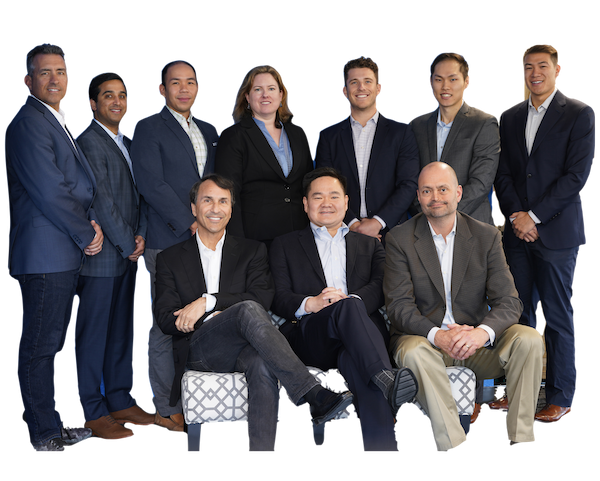 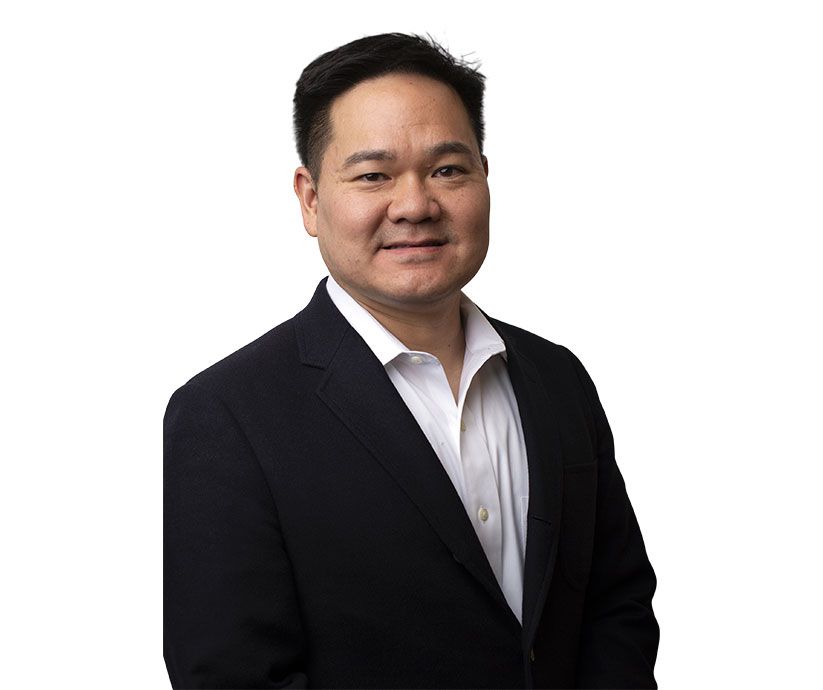 Mr. Tse is a Co-Founder & Managing Partner with Structural Capital and has excelled for over 20 years as an entrepreneur in Financial Services and brings substantial lending and investing experience.  As a Co-Founder of Structural Capital, Kai is heavily involved in all aspects of the firm including setting and executing the investment strategy, marketing and capital raising, and hiring key members of the firm from its inception.  While at Structural, Kai has invested in and assisted various portfolio companies with capital raising, business development, corporate strategy, and recruiting.  Some of the successful portfolio companies Kai has been involved with include Beyond Meat, Beauty Counter, Epic Creations, IMVU, InMobi, Kilopass Semiconductor, Sunfed Ranch, Ephesoft, BYJU’s, Noom, and Manscaped.

Prior to Structural Capital, Mr. Tse was a Managing Director at TriplePoint Capital, a leading venture debt firm in Silicon Valley, where he was instrumental in building and launching the firm. TriplePoint Capital was involved (in many cases with Mr. Tse as lead investor) in financing the growth of breakout companies such as Facebook, YouTube, Riot Games, Gaikai, Ruckus Wireless, Beyond Meat and Krux, among others.  Mr. Tse joined TriplePoint Capital in 2005 as a key initial hire shortly after its Founding.

Prior to TriplePoint Capital, Mr. Tse was a Principal at Osprey-GKM Ventures where he started as an associate in 2000 and was promoted to Principal in late 2001 and also helped to manage the CFO function for 2 years. Prior to Osprey, Mr. Tse helped to launch Vcapital, an early internet-based marketplace for entrepreneurs to meet capital sources. He also worked in merchant banking with Banque Paribas and in various capacities with PriceWaterhouseCoopers. 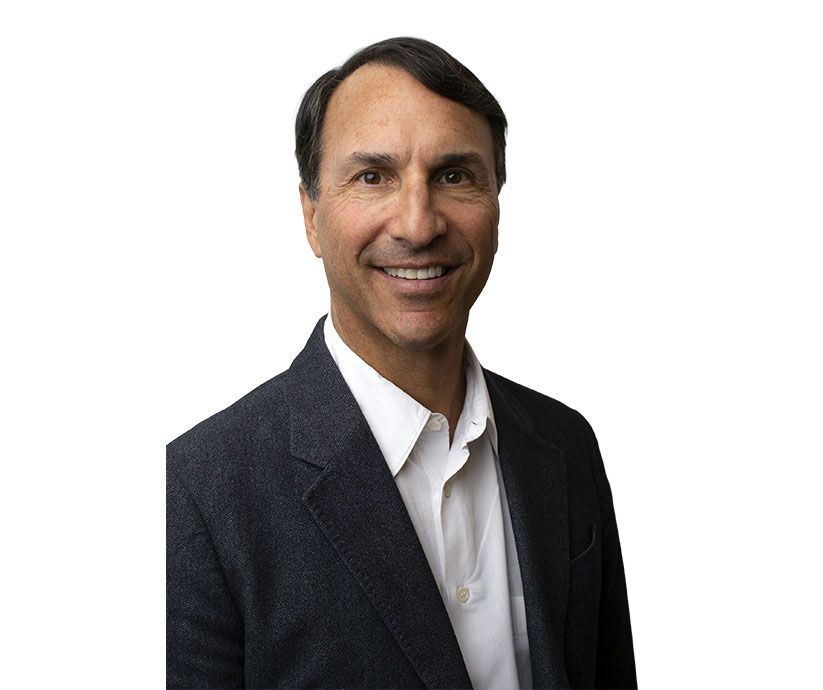 Mr. Gross is a Co-Founder & Managing Partner with Structural Capital and has over 20 years of C-level management and operations experience in technology, media, biotech and IT.  He built and managed companies with invested capital and M&A transaction value of over $2.1 billion, including best of class VC-backed companies with over $600 million in invested capital. Backers include Kleiner Perkins, Draper Fisher, Khosla Ventures, Vivendi/Universal, Knowledge Adventure, Idealab. Mr. Gross is an observer for Structural Capital on the board of Viome Life Sciences, Inc.

Mr. Gross served as CEO & President of Knowledge Adventure and Davidson & Associates, which combined, had over 1,000 employees and more than $250 million in annual revenue before being acquired by Vivendi/Universal as part of an $800 million cash transaction.

Mr. Gross received his B.S. in Engineering & Applied Science from the California Institute of Technology (“Caltech”) and was a candidate for a M.S. in Electrical Engineering at Caltech when his entrepreneurial pursuits began. 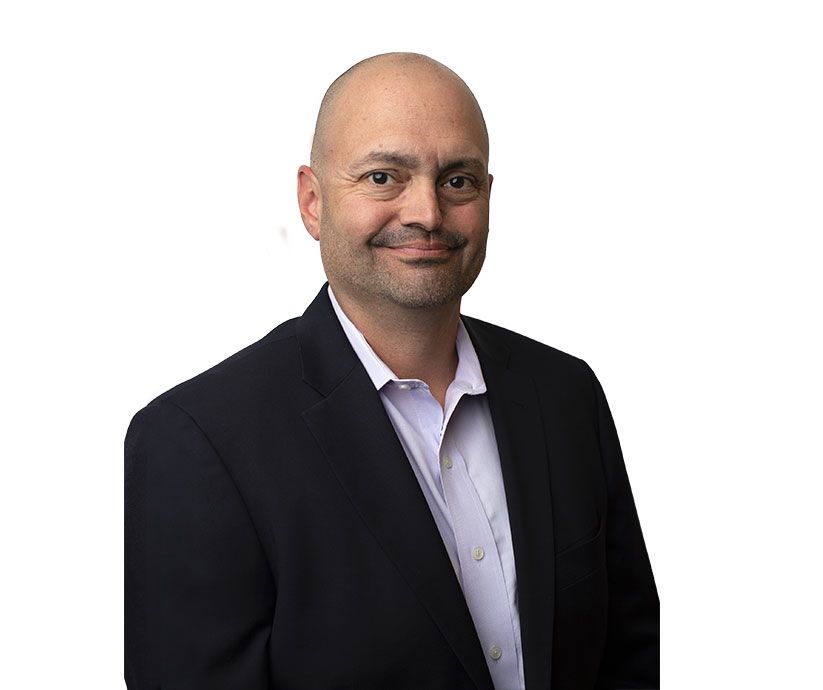 Mr. Jaquez-Fissori has over 20 years of investment experience, including 13+ years in technology-related transactions. Most recently, Mr. Jaquez-Fissori was the group head of the Energy Technology Practice at Tennenbaum Capital Partners from April 2014 to July 2017.

Previously, Mr. Jaquez-Fissori worked at TriplePoint Capital in 2008 and was the General Partner in charge of CleanTech investing at Siemens Venture Capital from 2004 to 2008. He also held venture capital positions at Battelle Ventures (Partner), Boulder Ventures (Principal), eCOM Partners and Mayfield Fund. While at Wharton, he also worked at the Small Business Development Center (SBDC), a branch of the SBA.

Mr. Jaquez-Fissori holds an M.B.A. in Entrepreneurial Management from the University of Pennsylvania Wharton School of Business (2000) and a B.S. in Business from Penn State University (1994). 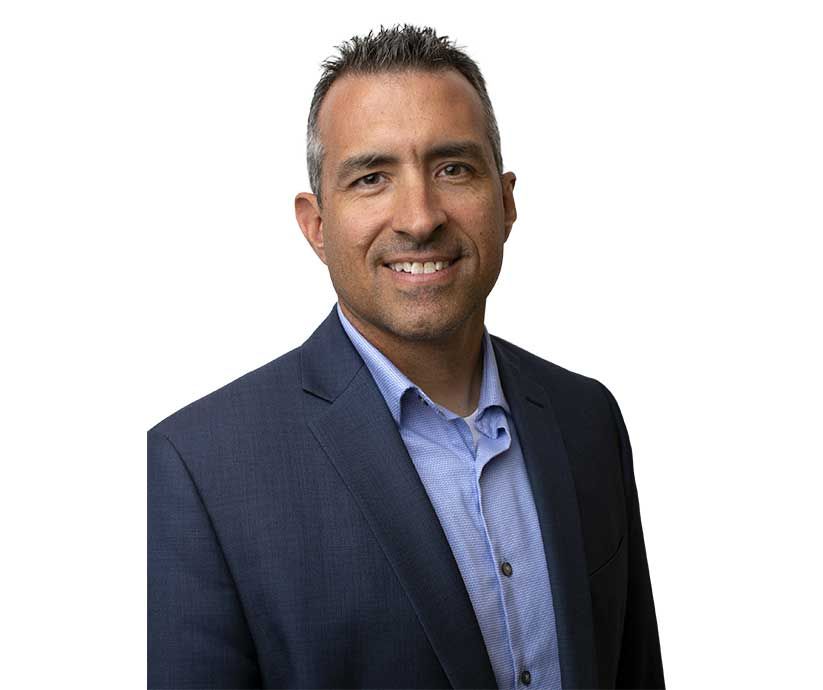 Mr. Taylor has over 18 years of finance experience. Mr. Taylor’s broad experience includes public accounting, M&A and restructuring advisory, valuation, forensic analysis, audit, private equity, venture finance and consulting for firms such as TriplePoint Capital, FTI Consulting, Deloitte & Touche, and Ernst & Young. Most recently he was Vice President of Finance at a venture debt provider, Trinity Capital Investments. Mr. Taylor is a Certified Public Accountant and holds a Master of Accounting degree from the University of Southern California, and a bachelor’s degree in accounting from Brigham Young University. 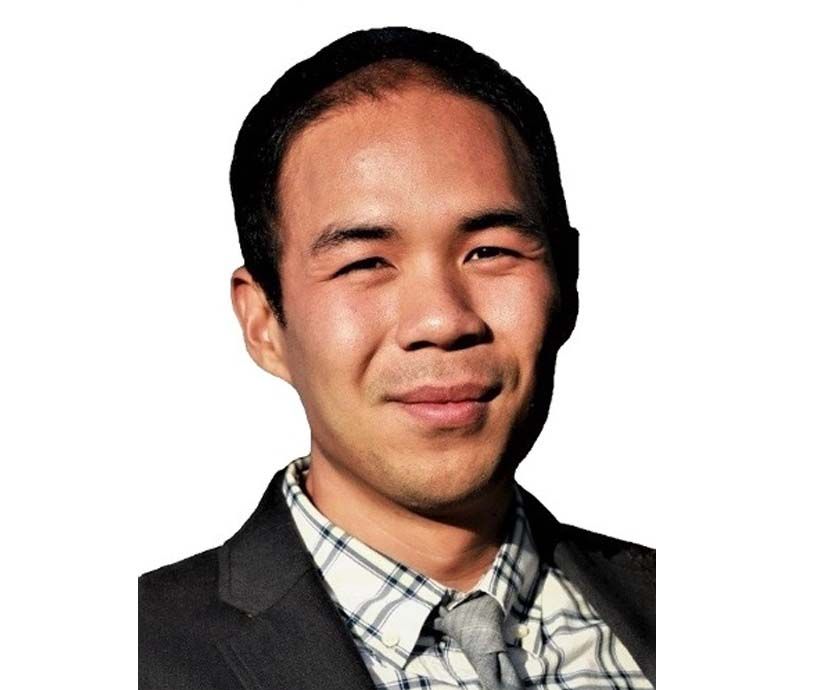 Mr. Nguyenba has over 12 years of investment experience. Mr. Nguyenba’s broad experience includes private equity with Alpine Investors and Richmont Holdings as well as investment management with Makena Capital, where he helped oversee public equities within a global multi-asset class portfolio. He also co-founded a food discovery company, PLATFUL.COM.  Most recently Mr. Nguyenba was the Director of Investments at the SFE Group, a single-family office in Los Angeles and holds a bachelor’s degree in business administration from the University of Texas’ McCombs School of Business. 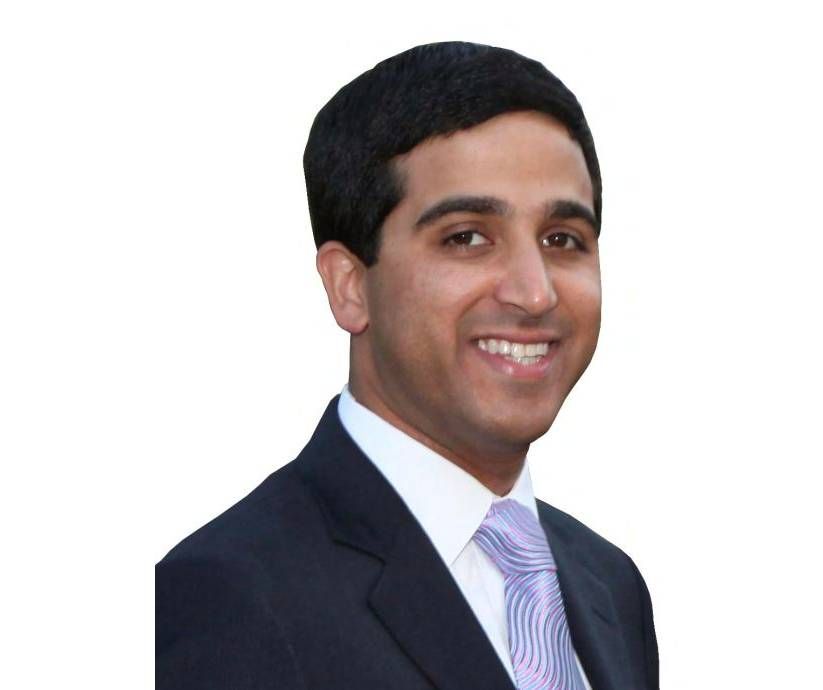 Mr. Chandra has over 13 years of work experience, including 10+ years in technology-related finance.  Most recently, Mr. Chandra was a Director at MidCap Financial (managed by Apollo Global Management), where he originated and structured senior financing transactions for technology and healthcare companies.  Prior to MidCap, Mr. Chandra was a Senior Associate at Wells Fargo Securities (NYSE:WFC), where he provided sell-side M&A, buy-side M&A and capital markets advisory to middle market companies.  He has also held positions at management consulting firms (Accenture, CapTech) where he focused on technology strategy. Mr. Chandra holds an M.B.A. in Finance from the Georgetown University McDonough School of Business (2013) and a B.S. in Systems & Information Engineering (2nd major in Economics) from the University of Virginia (2006). 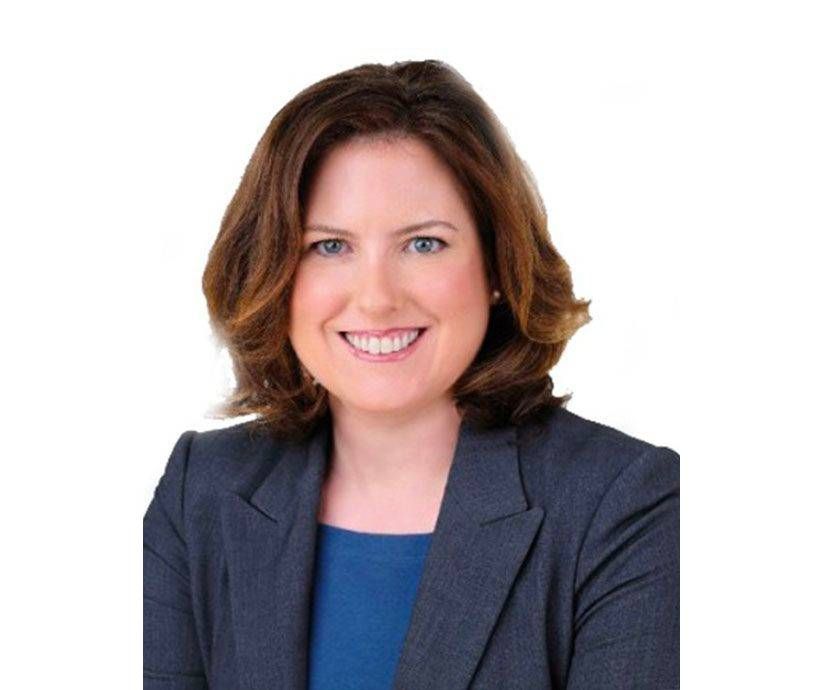 Vice President of Finance and Operations

Ms. Pettycrew has almost 10 years experience in the venture debt industry. Prior to joining Structural Capital, Ms. Pettycrew was the VP of Finance and Operations at K2 HealthVentures, a Senior Controller at Q-State Biosciences and Chartboost, and a Finance Manager at Hercules Technology Growth Capital Inc. (NYSE: HTGC). Ms. Pettycrew received an MBA for the Graduate School of Business at Mills College and a Bachelor of Science in Microbiology from the University of Arizona. 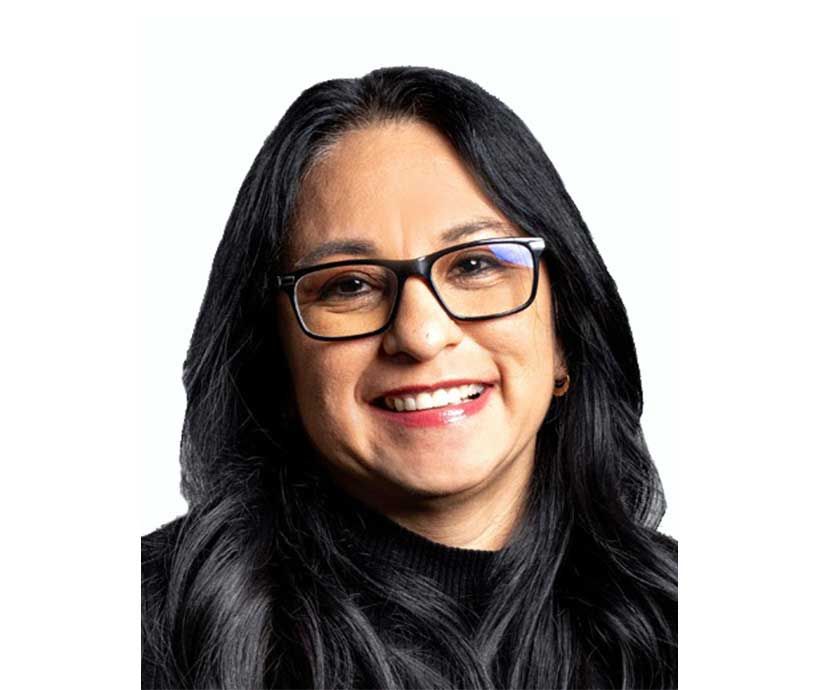 Ms. Voss has over 17 years experience in the venture debt industry. Prior to joining structural capital, Ms. Voss was the Director of Portfolio Management at Trinity Capital (nasdaq: trin), where she managed all aspects of the Trinity credit portfolio, including relations with portfolio companies, financial statement analysis, and amendment negotiation. Ms. Voss has also held prior roles with American Express as lead business analyst and Wells Fargo Bank as Technology and Operations Manager. Ms. Voss received her mbafrom the careyschool of business at arizona state university and a bachelor of science in psychology from Arizona State University. 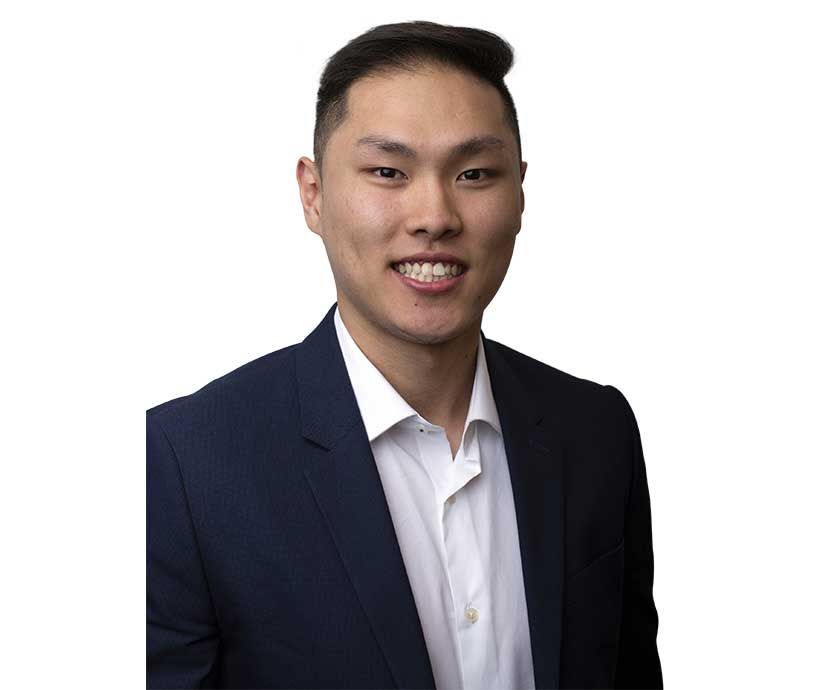 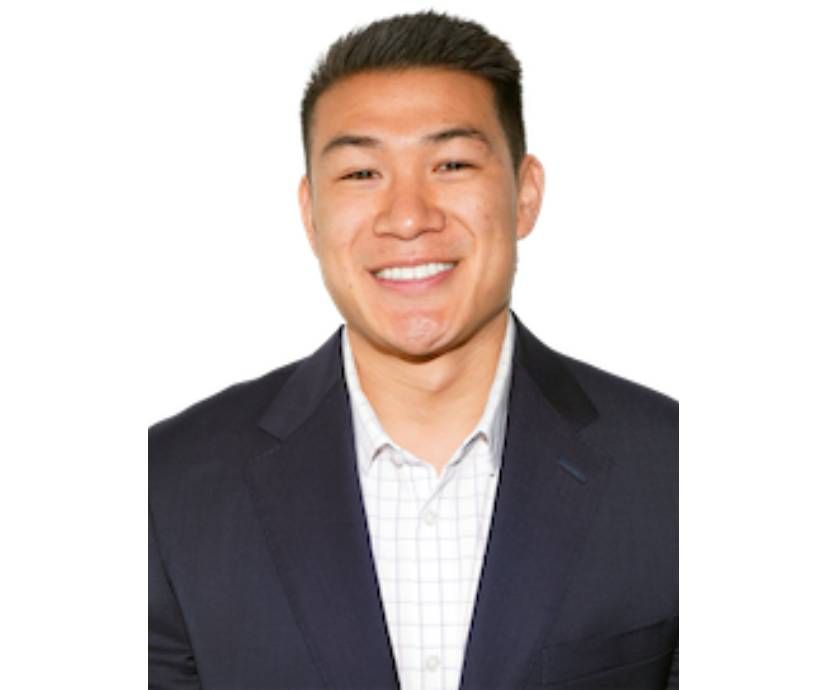 Mr. Law has over 3 years of investment experience. Prior to joining Structural Capital, Mr. Law was an investment research analyst at the Investment Portfolio Group of Wells Fargo & Company (NYSE: WFC), where he focused on evaluating and monitoring credit driven investment opportunities. Prior to Wells Fargo, Mr. Law completed a role with Deloitte & Touche, where he supported the financial due diligence process on private equity M&A transactions (2016). Mr. Law graduated cum laude from the University of Southern California’s Marshall School of Business where he completed his B.S. in Business Administration and B.S in Accounting (2017). Mr. Law has passed all three levels of the CFA Program and will be eligible for the CFA charter upon completion of the required work experience. 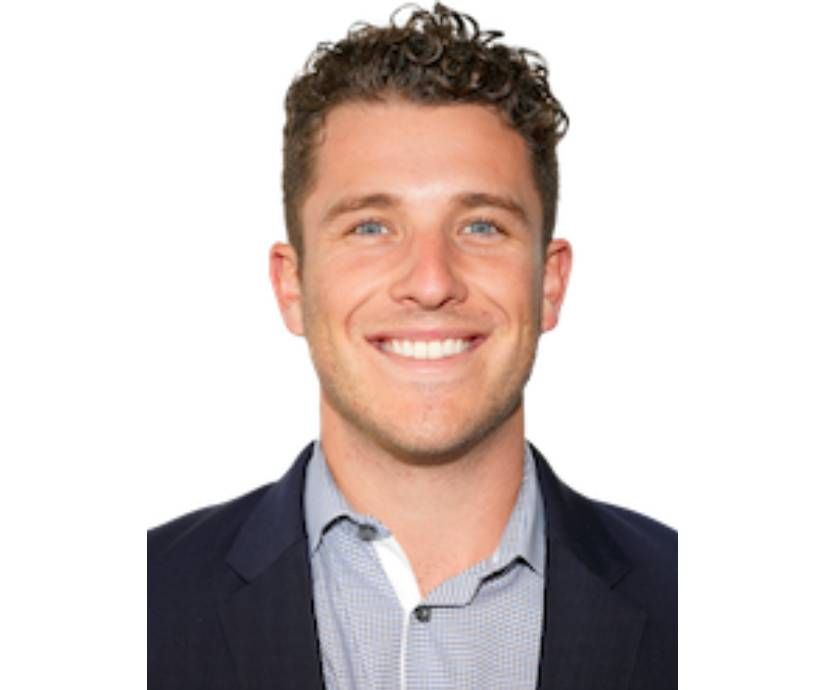 Mr. Telson has two years of investment banking experience. Prior to joining Structural Capital, Mr. Telson was an Corporate Banking Senior Analyst at Citigroup (NYSE:C), where he analyzed credit structures, implemented M&A financing packages, and did valuation analysis on multi-billion dollar investment opportunities. Prior to Citibank, Mr. Telson interned as a public and private debt analyst at the Crescent Capital Group where he analyzed and assessed potential investment opportunities within its mezzanine and capital markets groups.  Mr. Telson graduated from the University of California, Berkeley where he completed his Bachelor of Arts in Economics.

Mr. Elkus is the Founder and a Managing Director of Clearstone Venture Partners. His board memberships and observer roles included United Online, Overture (acquired by Yahoo! In 2003), PayPal.com (acquired by eBay in 2002), the Chronicle Publishing Company (The San Francisco Chronicle and KRON television) and WeddingChannel.com (acquired by the Knot in 2006). Mr. Elkus began his career at the Sand Hill Road office of the Boston Consulting Group in 1977. He spent five years as a strategic planning consultant at BCG offices in Menlo Park, Chicago and Munich covering a wide variety of industries, including semiconductors, magnetic recording media and publications databases. From 1982-1993, Mr. Elkus was full-time as President of Nathan Todd & Company, an investment advisory firm which specialized in providing wealth management services and in representing private family fortunes. As part of this work, Mr. Elkus co-founded five independently managed investment partnerships with over $600 million under management in the areas of securities trading, real estate and merchant banking. He was also active in venture capital, including investments in traditional funds, coinvestments with those funds and direct venture investments. Mr. Elkus received a J.D., magna cum laude, from Harvard Law School in 1977, and is a 1973 graduate from the Massachusetts Institute of Technology, where he earned a M.S. in Management from Sloan School of Management and a B.S. in Mathematics.

Kevin has more than 10 years of management experience in the time and attendance technology and software development industry.  He has designed, implemented, and supported PC, client/server, and web-based time attendance systems.

Kevin holds an MBA and a B.S.E. in Computer Engineering from the University of Michigan.

Structural Capital is looking to hire a new investment associate with 2-3 years of relevant experience. Please reach out to This email address is being protected from spambots. You need JavaScript enabled to view it. for more information.

This email address is being protected from spambots. You need JavaScript enabled to view it.